We know very little about stray dogs’ existence and we certainly have no idea how they survive. We frequently underestimate their sufferings, but a man named Yusuf Klçsar from Turkey found how genuine dogs’ love is, especially those who are considered as strays.

Yusuf shared a video of an interaction he had on the street with a stray dog. He was drawn to the dog since it was carrying a bowl of food in his mouth, and he chose to follow him.

The man followed the dog down the streets. And as they neared what seemed to be the dog’s destination, he learned that the dog he had been following was a mother. It looked like Yusuf was just a witness to a stray dog’s altruistic act of love.

The dog’s puppies were healthy and well-fed, which astonished him given the dog’s status as a stray and the small family’s lack of assistance or a proper home.

Yusuf had a new perspective on parenting. Meeting the dog family startled him because it is not common, and he witnessed a deed that no one would anticipate from a stray dog.

The more stories like this I come across, the more convinced I am that dogs are capable of a great deal more than humans are. It’s an honor to be a part of this discovery, as it improves our lives every day.

We will never grow out of the shock and wonder we experience when we learn about such stories. We will never be able to comprehend how incredible they are because the reality is that they will always manage to dazzle us.

Their pure love must serve as a reminder and an example for us, and we must safeguard them at all costs because they have committed and dedicated themselves to us. 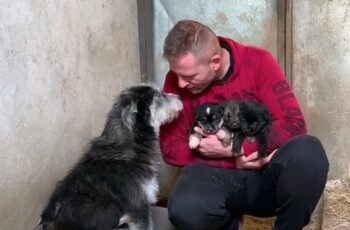 A poor dog was eventually rescued from frigid temperatures after … 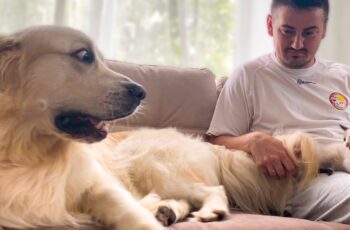 Are golden retrievers, jealous? Introducing another pet when you already …