It’s not unusual for someone to fear an object or event. But, sometimes, you tend to act on that fear no matter how afraid you are of it.

Thus, one curious fur mom films her Golden Retriever’s reaction upon spotting a hairbrush. But, instead of playing with the brush, the doggo tries to stay away from it as much as possible.

In this intriguing footage, a Golden Retriever puppy named Mack stands on a tiled floor. Yet, it looks like Mack finds something peculiar on the floor as he gazes at it incessantly. 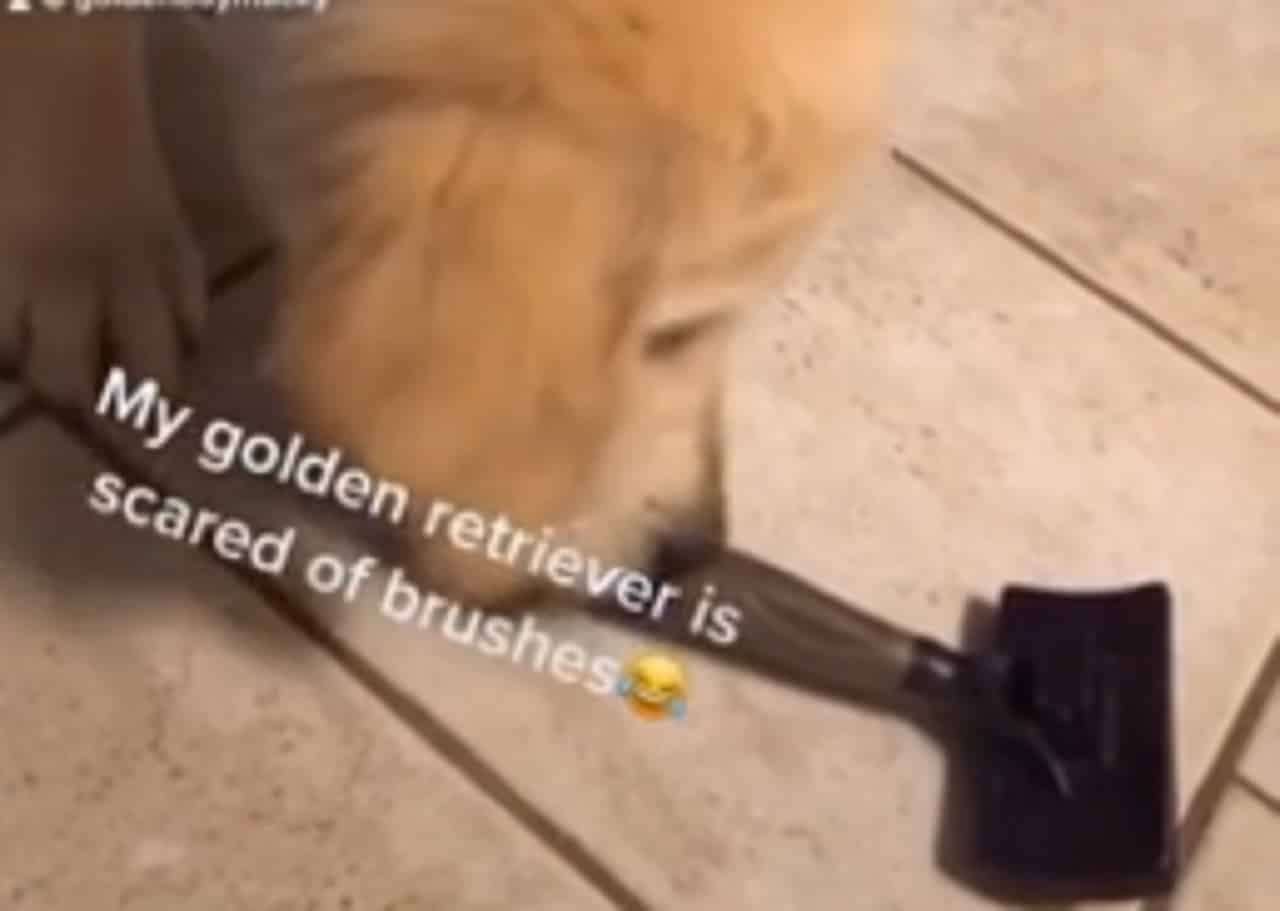 For the first few seconds, the Goldie merely stares at the object from a distance. But, as Mack can’t contain his curiosity any longer, he then takes a few strides towards it.

Mack then cranes his snout closer to the item and begins sniffing it. It’s then that one can see that the Golden Retriever’s inspecting a hairbrush.

No! Get that thing away!

At first, it looks like Mack’s about to play with the hairbrush, especially that he’s gingerly pawing on it. Yet, when his nose touches the bristles of the brush, the pup springs as far away from it instead.

At some point, Mack even attempts pawing it several times in a bid to make it go away. But, remembering the feel of the bristles on his nose, the doggo ensures not to touch them again. 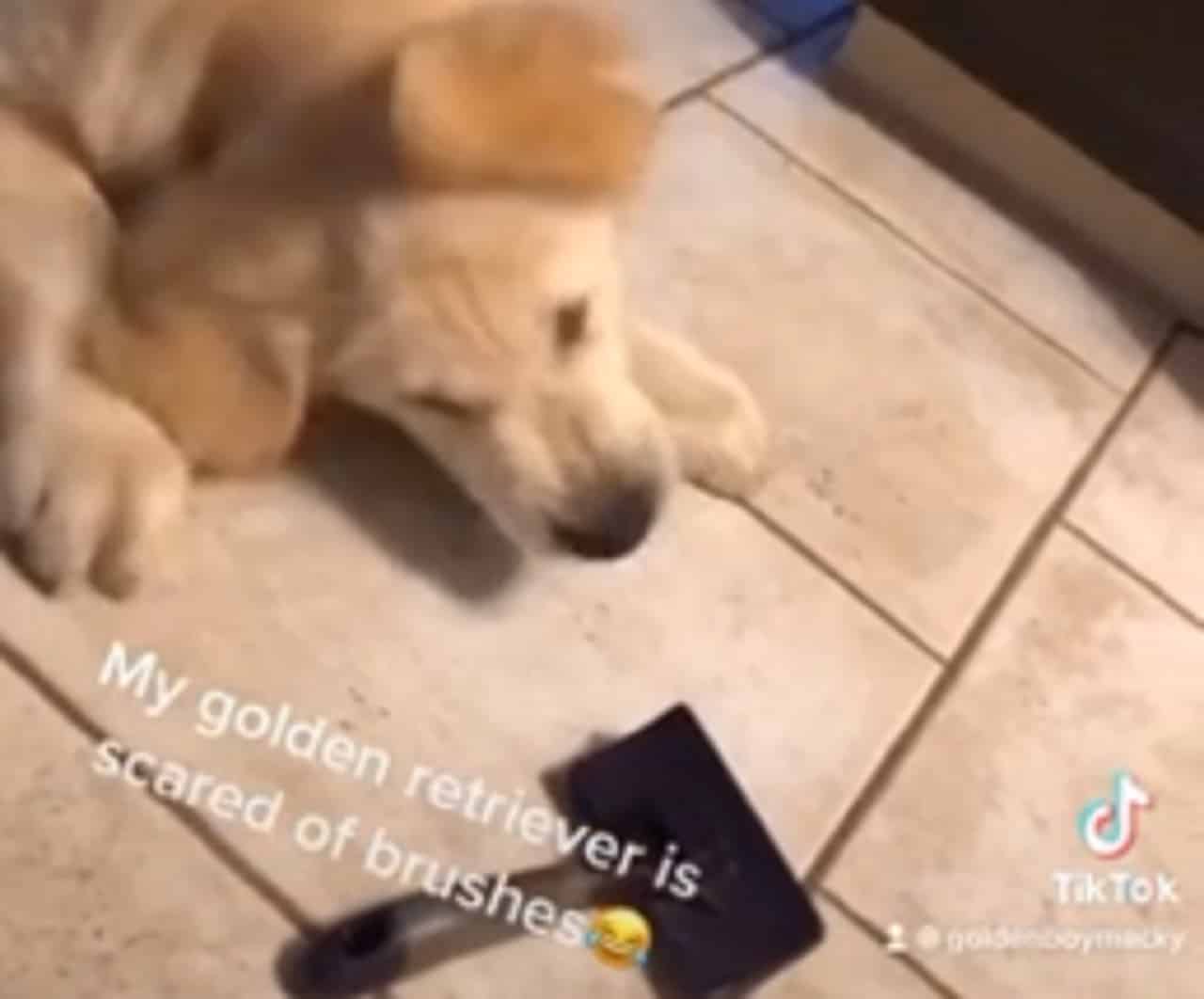 The funny scenario continued, with Mack attempting to move the hairbrush while growling at it. But, when the Goldie realizes that he’s too scared to touch it, he contents himself with watching it from a distance.

Can’t get enough of Mack’s hilarious reaction towards a harmless hairbrush? You can certainly watch him in live-action again by tapping on the linked footage. 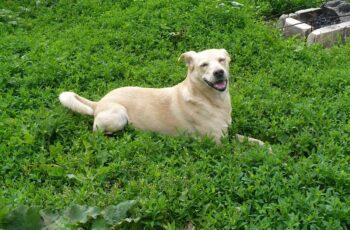 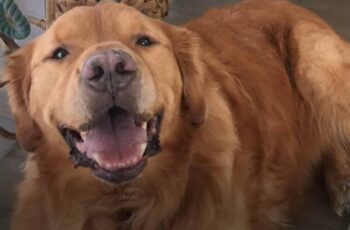