Rex grew up as a dangerous feral dog. He was not used to the presence of humans and would get aggressive when someone tried to rescue him. Eventually, the wild dog was caught and domesticated.

Ed Gernon, a dog lover from Los Angeles, took on the challenge of domesticating Rex. He was patient and very loving. Slowly, the dog understood what it meant to be a pet and grew to appreciate his new situation.

The former stray became happier with his life and thankful for his new beginning. He is so grateful that he decided to pay it forward.

While Rex and Ed were walking one day, they came upon an injured hummingbird lying on the pavement. They assumed that the bird was dead because ants were walking all over her body. Thinking that there was nothing that they can do, Ed tried to lead his dog home.

But Rex wouldn’t budge. He just stayed by the bird’s side. To appease his dog, Ed picked up the wounded bird. To his surprise, she was still alive. The hummingbird was breathing, but barely.

They took the bird home and Ed nursed her back to health. He would use a dropper and hand feed her with sugar syrup. Slowly, her condition got better.

While Ed was taking care of the hummingbird, Rex would always be around. He would seem genuinely concerned about her well-being. The bird, which they called Hummer, felt this, and she developed an attachment to the dog.

When she was able to move, she would always look for Rex and stay by his side. Even when she could already fly, Hummer wouldn’t leave. Amazingly, Rex is patient and gentle with her. Sometimes, the bird would even bathe in the dog’s water bowl, and he wouldn’t mind.

Ed knows that the bird would one day leave. Especially when the mating season starts. He just hopes that she would return and wouldn’t forget her special friend. 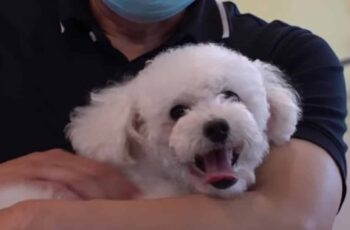 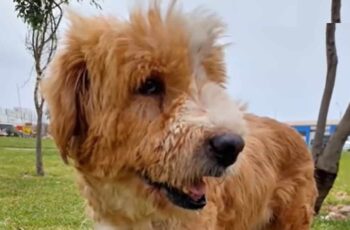