Are golden retrievers, jealous? Introducing another pet when you already have a dog at home can be a tricky thing. This is truer if the new pet you’ve brought home is another species. You’ll never know how the reaction of your pooch is going to be.

This is the main reason why people introduce new pets to their dogs slowly. It gives them the chance to get used to their new housemate and see if they get along. Every dog reacts differently in these situations. For one Golden Retriever, meeting his new kitty brother was an event that brought out his shy side.

When a Golden Retriever named Bailey was called to the couch by his dad one day, he did not expect what was waiting for him there at all. Sitting there waiting for him was a cute little kitten that had the same golden-colored fur mixed as his new doggie brother mixed up with pointy black ears.

The new cat, Simon, was set down on the couch by their dad, but Bailey just wasn’t okay with the idea of having to share their owner’s attention. He even went so far as to have his dad carry him and went up on his shoulders, trying to ignore the little furball.

Determined to get them to meet, his dad started trying to coax the big dog to face Simon. But no matter what, the pooch simply did not want to deal with him at the moment. Bailey all but threw a tantrum, even burying his face on the couch.

This funny moment was documented by their other paw parent and had been making Youtubers all around the world crack up with the doggie’s funny antics.

Sometimes, when new pets come home to meet the ones that are already living there, their reactions depend on their personalities. In this instance, the new furball was met with the hilarious antics of the fluffy goofball of a doggie. The two are sure to be friends once the pooch had some time getting used to the idea of having the kitty around. Check out their video for yourself here! 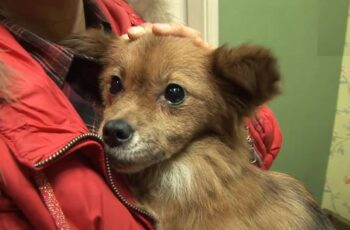 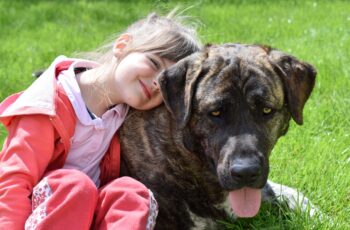