Meet Nate, a handsome Husky rescued from the streets and brought into an animal shelter. When the staff members at the shelter scanned the pup’s microchip, they discovered that the pup previously belonged to an animal testing laboratory. Sadly, that meant that the pup has gone through untold abuse that left him badly traumatized.

Nate has his ears notched and tails docked, which were most likely done by the people in the laboratory to prevent unnecessary disturbance as they conducted tests on the pup. Though the pup is now safe, his journey to recovery is still a long way ahead.

Due to the psychological trauma, rescued laboratory pups require more than the usual treatment and patience from their caretakers. Thus, adopters tend to overlook rescue pups like Nate. Thankfully, the shelter’s volunteers and staff members did not give up on him. They not only looked out for the pup’s physical and mental needs but also showered him with love.

Four months later, the shelter contacted the Beagle Freedom Project, an animal rescue organization, to help them find a foster home for Nate. The organization has had many experiences with rehabilitating former lab animals. When a foster home was found for Nate, it was time for him to say goodbye to the shelter and welcome his new life with his foster family. In the pup’s new home, he has lots of toys and a field of grass to run around in.

Nate is still learning to live a normal life and trust people. Soon, the pup will be ready to look for his forever home. Thanks to the kindhearted people who stayed by the pup’s side, Nate’s future is now brighter. However, despite the evident abuse and harm that animal testing inflicts on its victims, these laboratories continue to function. To help animals from such abuse, please support the Beagle Freedom Project organization in their efforts to rescue these animals. 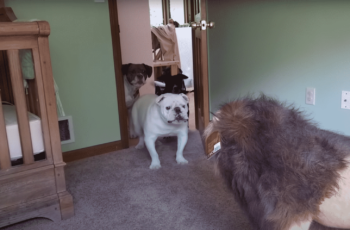 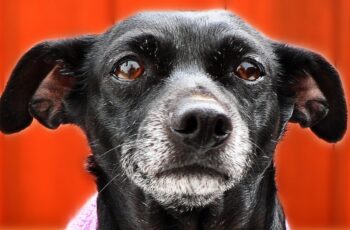