All dogs are unique and perfect in their own ways. But rescue dogs somehow have this thirst for getting loved and giving love. So they tend to be extra grateful and protective of the people they love.

In Tennessee, a dog groomer encouraged her neighbor to try and adopt a rescue dog. The groomer met the dog at her workplace. Little did she know that this particular dog is an angel in disguise.

With no hesitations, Jeff tried his luck. Fortunately, he qualified for the adoption and finally took the dog home. He named the rescue dog Roux. From then on, everything became better.

Five months after the adoption, Roux was at home with Jeff and was frantically barking at nothing. According to his dad, Roux is usually very calm.

Jeff did not dwell much on Roux’s unusual behavior, knowing that it is the 4th of July. He thought that it was the fireworks outside that scared the dog.

A few moments later, the frantic dog started to pace back and forth on their front door. He even started howling loudly. This time, Jeff knew that something is going on. So he decided to check the area outside.

As soon he opened their front door, he was taken aback when he saw their neighbor’s house engulfed in fire. No one seemed to be awake inside the burning house. So Jeff rushed to wake the family up by banging on their door. He knew that they to act fast before everything is too late.

Luckily, the family inside the house heard Jeff and was alerted of the fire. They quickly ran outside to get away and stay somewhere safe.

That night, a family almost lost their whole house. Thanks to Roux, no one was hurt.

According to the firefighters, the fire was caused by an illegal firework that landed on combustible materials. It quickly sent the house into a huge flame.

For Roux, he was given due recognition when he was hailed as a hero. Her quick actions saved a whole family’s life. 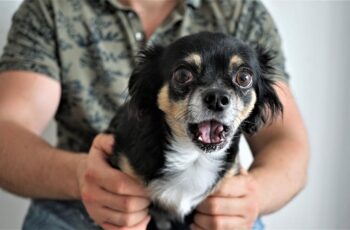 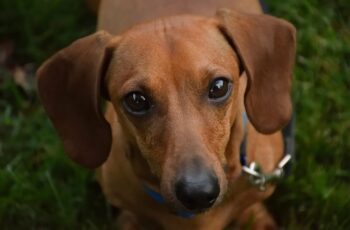