Last year, there was this unique viral video challenge where people get food at a drive-through but order what the car ahead of them ordered. Rocky Kanaka thought of getting in on the action as a special treat for the dog that’s with him. It’s expected that this senior pup was getting adopted that day, and this was a great warm-up for him.

If you aren’t familiar with Rocky Kanaka, he is a TV personality and a Youtuber who advocates for shelter dogs. The pup that’s with him in the video is Bosco. This pooch was rescued by the rescue group, Marley’s Mutts because he was about to be euthanized because his family was about to move elsewhere.

The rescue group reached out to Rocky to spearhead a campaign to get this pooch adopted. They created a website for him, printed t-shirts, and even featured on national TV just to spread the word about this good boy looking for a new home. Well, it turned out that their efforts weren’t in vain. 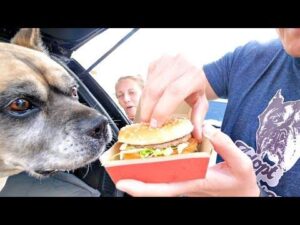 But before Bosco said goodbye to Rocky, they went to McDonald’s for some treats! So as the challenge dictates, Rocky had to order whatever the car in front of them ordered. It was quite funny to see how nervous he was because he had no idea how much food was ordered.

Luckily for him, it was just a large soda and some fries. Rocky let the french fries cool down first, before handing them over to Bosco, who gobbled them up in seconds! They went in again to order more food, and this time, they got some ice cream and some Big Macs. Rocky made sure there weren’t any cheese or onions on the burger.

After a nice day of chowing down, Bosco finally got to meet his new mom. The kind lady saw them on national TV, and that’s when she decided to adopt the pooch. She even drove for almost two days just to get Bosco. That just means that her family really wants this senior pup. See their magical moment in the video below. 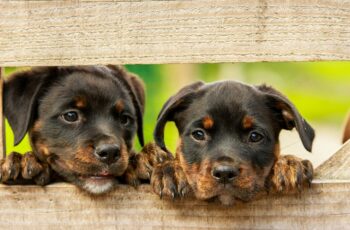 Dogs rarely give birth to a large litter of puppies. … 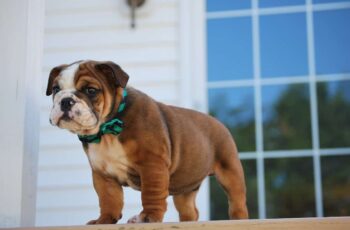 There is no denying that receiving a surprise gift on …