Breeding, raising, and training dogs to become service dogs can cost a lot. Some people who need service dogs can’t afford to get one because it’s expensive. One individual may need to pay around $65,000 for a service dog.

One retired Marine has thought of putting an organization to help veterans afford to have a service dog.

Marine veteran B.J. Ganem has observed that many veterans like him cannot afford to have a service dog after serving the military. B.J. was also injured during his time in the military. A bomb struck the Humvee that he was driving. He suffered from mild brain and leg injuries and several wounds. Later on, his injured leg was amputated.

After he was discharged from military duties, B.J. has thought of getting a dog to assist him with his daily needs. He also thought of other military veterans who need a service dog but couldn’t afford one. B.J. felt a need to do something about it; that is why he founded Sierra Delta in 2017.

Former U.S. President George W. Bush paid him a visit while he was in the hospital. He mentioned his desire to put up an organization that would help his fellow soldiers afford to get a service dog. President Bush liked his idea, and he encouraged B.J. to push through with his plans.

Sierra Delta is an organization serving veterans by providing grants to qualified individuals. The veterans who applied for their services would be accommodated regardless of their disabilities. Sierra Delta covers the costs of adopting and training dogs from rescue centers, shelters, or foster organizations. 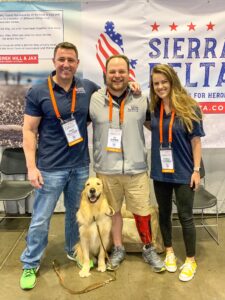 Indeed, Sierra Delta has made it possible for veterans to have a service dog or a life buddy at an affordable cost. To make it budget-friendly, Sierra Delta trains rescue, foster, and shelter dogs, which are personally chosen by a veteran. B.J. feels that it is vital for the veterans to pick the dog because he wants to establish the relationship even before the training starts. 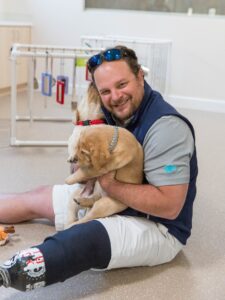 Sierra Delta also encourages veterans to be hands-on during the training period. They teach the veterans how to communicate with their dogs and set a daily routine for their dogs.

Indeed, Sierra Delta has helped many veterans cope with their lives after their military service! 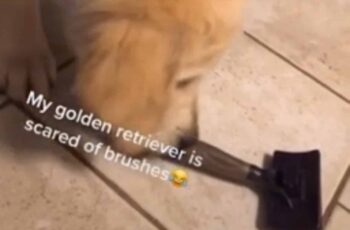 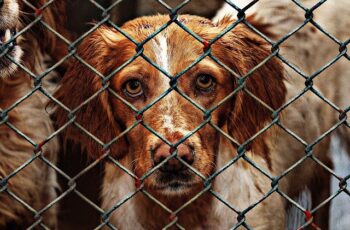