Thom McCallum is a foster with Hopalong Animal Rescue. He’s helped a number of dogs find their forever homes and he wishes to do the same for a lot more. He surely has a big heart for shelter animals and his own dog Ruby is no different.

Ruby was Thom’s foster, too. She was supposed to stay with him for a short while until she was ready to move on and start a new life in her forever home. But because she was so sweet and gentle, her foster dad fell deeply in love with her and she became his foster fail. 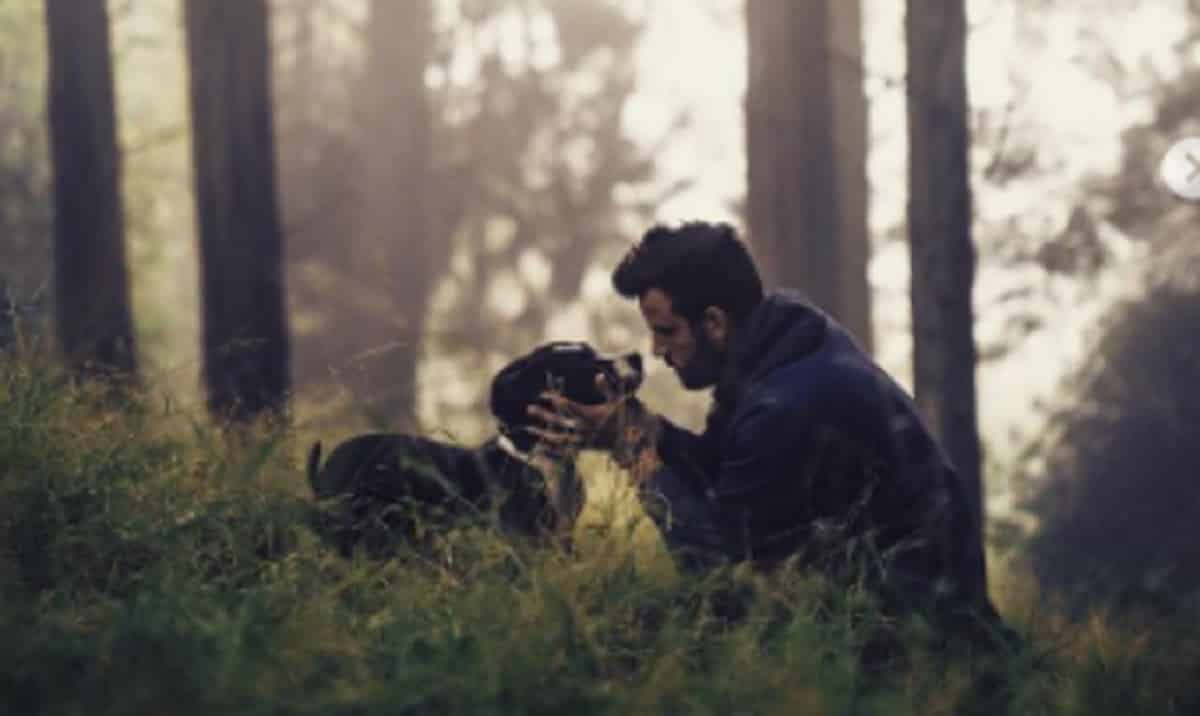 Thom and Ruby share an incredibly great bond. They do a lot of things together like hiking and going on adventures. But if there’s one thing they really love doing, it’s helping other dogs find their homes.

Pi was Thom’s most recent foster. She’s a tripod dog that was surrendered to the shelter with four other puppies. She needed love and nurturing and Ruby was everything she needed. 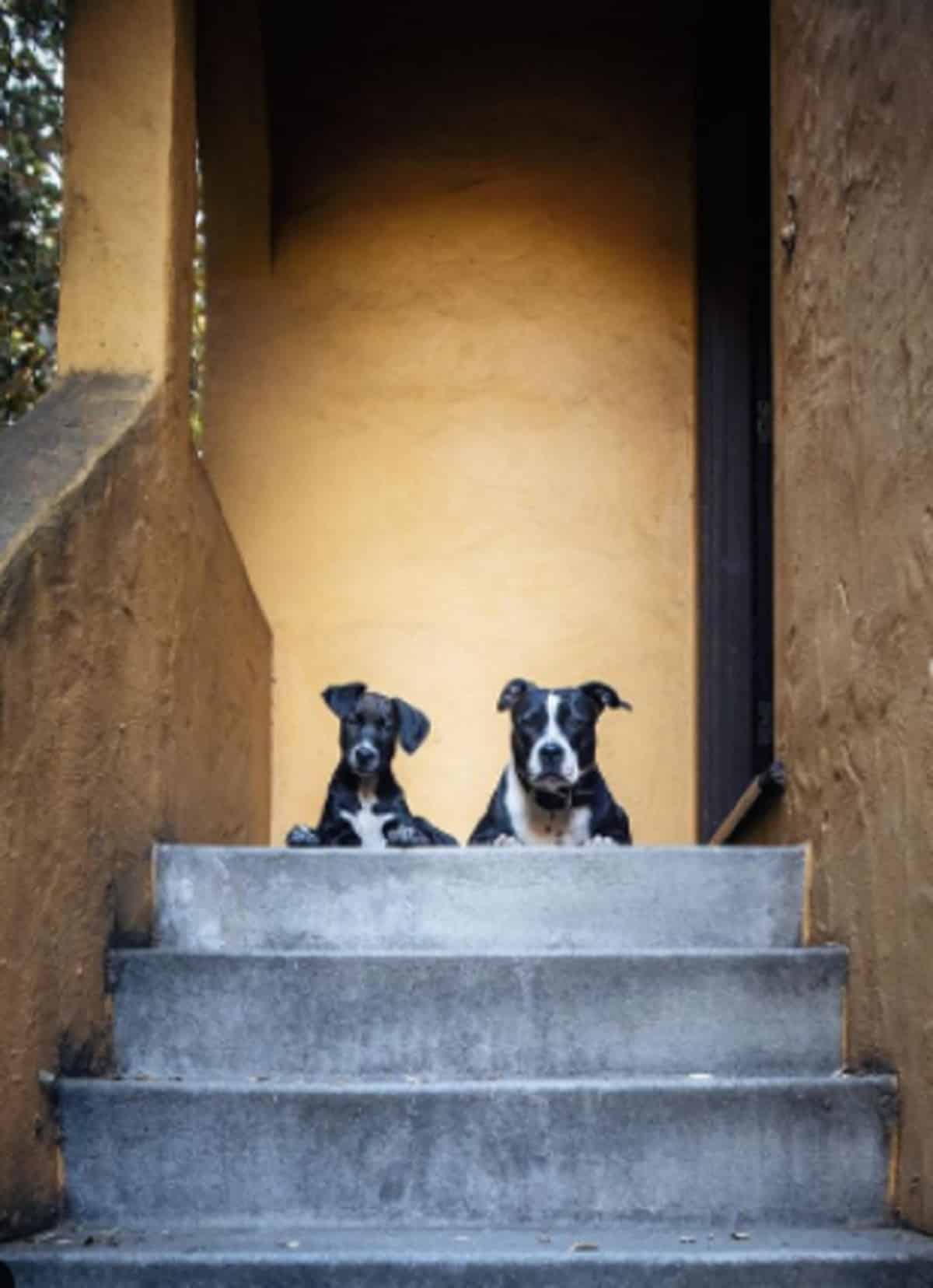 Ruby was so interested in Pi. She welcomed her into their home and was just so eager to help. She wanted to play with her but her new foster sibling needed some time to adjust.

Eventually, Pi started warming up to Ruby. She began playing with her. And in about a week, they became inseparable. Whatever Ruby did, Pi copied.

The dogs were so in love with each other and Thom didn’t know how he could separate them once Pi finds her new home. It would be heartbreaking. And so, he came with an idea and started to look for a home within their neighborhood. 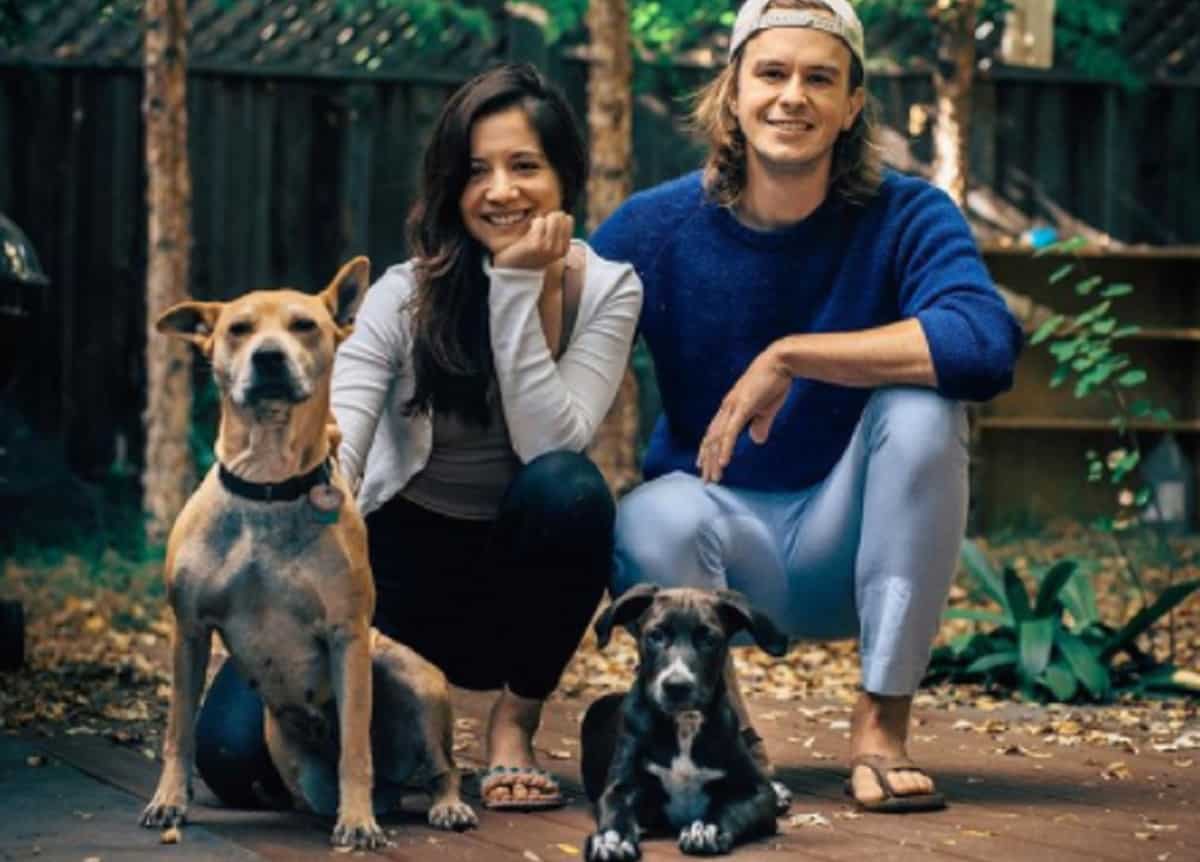 Thom didn’t have high expectations so he was surprised when he got a call from a couple who just moved into their neighborhood a few weeks ago. They already have a tripod dog Roux and they wanted to adopt another one. They were perfect, Thom thought so.

When the couple met Pi, they fell in love with her right away. Even Roux welcomed her new sibling home. They were perfect and it couldn’t have worked out any better. 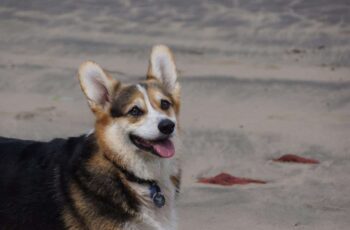 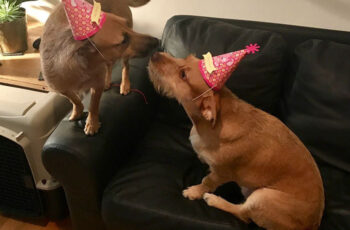