Not many would want to own a grumpy dog. Yet a few don’t mind dogs with grumpy faces and instead find them funny. The dog and its owner in this story is an example of this.

Linda is a unique-looking dog with an equally unique personality. She’s a very grumpy dog who has a potato-shaped body. She also has one floppy ear that only stands up during cold weather. Despite being such an odd dog, one woman wanted to adopt her badly.

Linda’s current owner was working on a dissertation when she adopted the strange dog. The owner was the only person who was very enthusiastic about meeting Linda. After their initial meeting, they formed an inseparable bond.

Linda was not in a good mental condition when she first arrived at her owner’s home. She was disgruntled, confused, and sad. Yet over time, she learned to trust the people around her and occasionally allowed herself to let loose.

Linda has an air of independence around her. She has no problem being alone in a room and minding her own business. Even so, she still sometimes prefers to be with her owner if possible. If Linda misses her owner, she will let her know by giving intense stares when they see each other.

Linda doesn’t interact much with other dogs, but sometimes she entertains company. Whenever a dog approaches her and likes them, she slaps their face with her tail. There’s no doubt that she’s a bit weird, but her owner loves that about her.

Linda’s personality is often compared to the stereotypical grumpy office lady. They call her the fun police because she would constantly bark at other dogs, seemingly telling them to behave. It’s hard to tell if Linda’s grumpy nature results from her owner imposing it on her or if she was naturally that way. 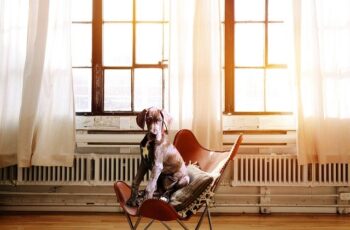 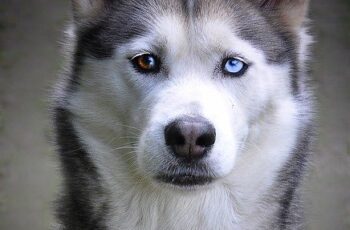