Dogs aren’t only known to give security and entertainment to humans, but they are also a source of comfort for many pet owners. As it goes to prove, this caring dog went viral after comforting his beloved grandpa. His video will definitely make your day.

This dog lived in their forever home in Boston, Massachusetts with his human mom, Anastasia, and his grandfather. Since his grandfather was sick, he had to stay by his side and comfort him. One of their moments was recorded in a video and went viral after it was shared online.

In the video, the caring dog can be seen lying on the bed beside his grandfather. He was giving him nonstop kisses as if his grandfather’s life depended on it. He lovingly licked his older man’s hand to show him how much he loves him and wants to comfort him.

While the dog was offering comfort, his grandfather couldn’t help but smile and laugh at his sweetness. It earned him some gentle rubs and pats on the head as well as a compliment of being a good boy. The dog’s grandfather was more than thankful for having his beloved pet beside him during his most challenging times.

Anastasia, the dog’s mom, made sure to catch this sweet moment between her dog and grandpa on camera. She then uploaded the video online, where it went viral and gained lots of positive reactions.

Those who already watched the video couldn’t resist falling in love with the kind dog, and it showed in their heartwarming comments. One person wrote that dogs are man’s best friend until the last moment. Another said that they are the most faithful beings that ever exist.

Some viewers couldn’t stop gushing about the dog’s sweetness, and they even said that he was the best dog out there. Others also shed a tear and sob over how special the moment was. Indeed, canine companions are the biggest blessings given to dog owners who need someone’s immense compassion and loyalty. 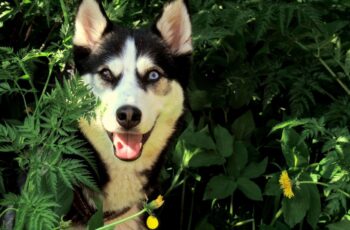 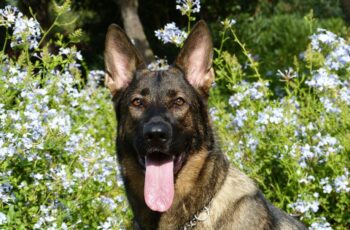