Dogs are known to have a really strong sense of hearing and smell. Whenever there’s chicken for dinner, they will surely know about it no matter how hard you try to hide it. Just like police K-9s who sniff out different things in their field of work, dogs can also be trained to sniff out cancer.

There are some stories about dogs detecting cancer in their owners because of their smell. Because of this life-saving talent of theirs, scientists are hoping that these doggos can help save thousands of lives by detecting cancer even in its early stages. 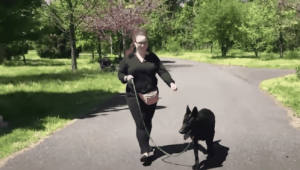 Ivy, a two-year-old German Shepherd is training to recognize the smell of cancer. On most days, he is just a normal doggo who loves to run outside and play. But when he’s not busy doing that, he goes to his part-time job at the PennVet Working Dog Center together with her foster mom, Anna.

At her work, Ivy would go around a big wheel with different canisters. One of them contains a substitute odor that resembles that of cancer. She then goes around the wheel sniffing each one of them and when she reaches the canister with the right specimen, Ivy would hear a click from her trainer and get a treat.

Together with Ivy, there is another pooch named Osa who also works at the PennVet Working Dog Center. Since she is more of a veteran in this training, the staff would bring out real blood plasma from actual cancer patients for Osa to look for in the wheel. 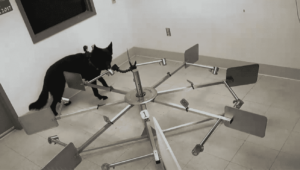 Despite having these intelligent doggos around, PennVet’s goal is not to have them sniffing patients. But instead, they are innovating an electric nose that could potentially detect ovarian cancer the way dogs do with their noses.

Since ovarian cancer could only be detected in its later stages, the electronic nose is expected to sniff out cancer’s odor as early as possible. Thanks to the help of these hardworking doggos, this technology could save thousands of women’s lives in the future. 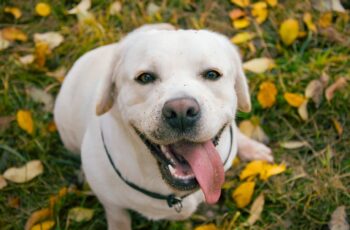 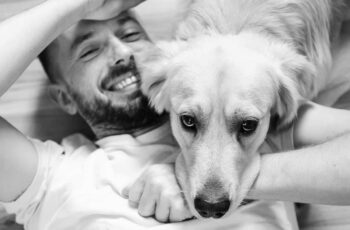