It turns out that singer Beyoncé also influences our dogs’ fashion choices. Well, at least, she influences dog owners which is reflected in their pets’ fashion sense.

Beyoncé’s stunning photo announcing her pregnancy with twins became Instagram’s most popular image overnight after it was posted. And after seeing Beyoncé’s record-breaking Instagram announcement about her pregnancy, a woman named Geovanna also gave her pregnant Chihuahua, Gwen, the pregnancy photoshoot of a lifetime. It was definitely not going to be an easy feat as Beyonce had a team of professionals working with her to create the entire look but Geovanna was quite ready for that one as she wanted her Chihuahua to have a beautiful photoshoot.

Geovanna had been racking her brains trying to find the best way for announcing her pet’s pregnancy online. And when she saw how Beyonce announced her pregnancy, she believed that recreating it would be the best way to achieve her goal since her dog was also expecting twins.

Geovanna ensured that everything that she and her pet needed for the photoshoot would be ready. By the time the photoshoot came around, she knew that her Chihuahua’s birth announcement was totally on target. With a yellow-green veil and a deep magenta ribbon, Gwen, like Queen B, radiated the health and beauty of pregnancy.

It goes without saying that Gwen deserves to be the center of attention. The images that came out are too entertaining and amazing just to keep to ourselves. This is surely why it is not that surprising that the photos became viral as many people were entertained by them. Good job on that one, Geovanna!

Today I did a maternity photo shoot for my dog 🐶❤️ pic.twitter.com/vbWojO0lyv 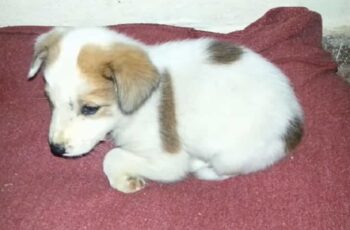 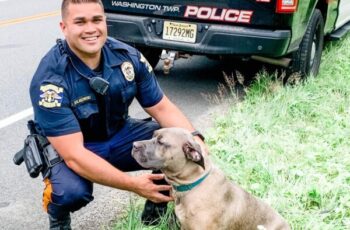