Sophie is a one-year-old Maltese who somehow manages to escape her kennel regularly. This has baffled her mom as she makes sure that the latch is entirely in place and there is no way the little pooch can reach out and work the lock. The dog owner would even place a thick blanket over the crate so her pet couldn’t get out.

It seems that her little pooch is an escape artist. She manages to find ways to get out. To solve the mystery, the dog’s mom decided to set up a camera and capture what really happens after she leaves the room.

She couldn’t stop laughing at what she saw later on.

The video started with the pet owner placing Sophie inside her crate. Right beside her is another one of her dogs, a six-year-old German Shepherd named Twitch. The older pooch watched as their mom locked her little sister in the small metal box and covered it with a blanket.

After their owner left, Twitch waited until she was completely out of the room. Once they were clear, he started working on freeing his little buddy.

First, he pulls the towel off the kennel. Using his snout, he nudges the latch until it comes loose, then slides it to the other end. He then uses his paw to pull the door open.

Without any obstacles in front of her anymore, Sophie happily goes out of the crate and walks off the camera’s view. Twitch follows her.

The dog owner was more amused than annoyed by what she had discovered. She found it hilarious and impressive. So she decided to post the clip online and the views started pouring in. A lot of people were also impressed by the older dog’s intelligence.

The close friendship the two dogs shared is what most likely prompted Twitch to help his little sister escape. 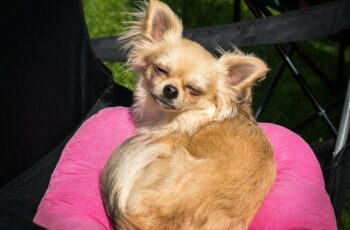 A video captured two chihuahuas that didn’t have any front … 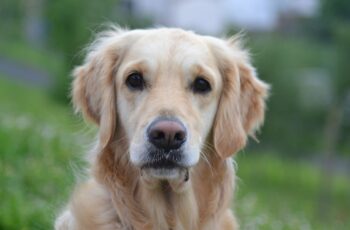 Going out for walks is the highlight of the day …